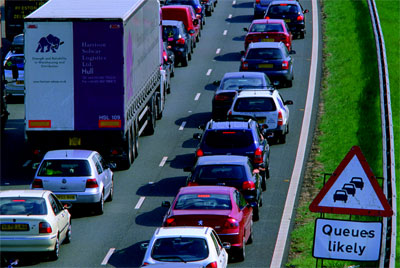 The Highways Agency has detailed 58 further schemes to reduce congestion on England’s motorways and major A-roads, in the third and final stage of the 123-scheme pinch point programme originally announced in autumn 2011. The 58 schemes, which represent an investment of £98m, will all be delivered by March 2015 and bring the total investment for the programme to £317m, including the extra £100m announced by the chancellor in his 2012 autumn statement.. Twenty-six of the new projects have been […]

A lorry driver pleaded guilty to causing serious injury to a jogger after he failed to bring in one of the stabilising legs on his flatbed truck.

Senior Traffic Commissioner Richard Turfitt (pictured) has warned hauliers of their obligations regarding trailers amid a spate of Public Inquiries following serious transgressions.

Have you met a professional driver who is not concerned about road safety? All of us who have driven a 16.5m or 18.75m long vehicle in city traffic are acutely aware of the additional hazards presented by pedestrians and cyclists around us, particularly in poor visibility. If the Direct Vision Standard (DVS) being introduced by Transport for London (TfL) on 1 March helps to remove some of the stress involved in city driving and reduces the number of people who […]