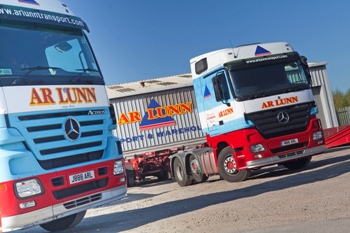 Unsecured creditors of failed Hull-based haulier AR Lunn Transport & Warehousing have received just 4% of the money owed to them, the firm’s administrators have revealed. In its final progress report covering the six months to 28 February, PricewaterhouseCoopers said it had paid just over £76,500 to unsecured creditors of the firm, which entered administration in early 2012 blaming rising fuel prices and other operating costs. That sum represented a first and final dividend of 3.99 pence in the pound. […]

The Office of the Traffic Commissioner has issued a reminder to vehicle operators about the new financial standing levels that will apply from next month.

The effects of a major fire that destroyed ArrowXL’s Worcester hub in 2017 are continuing to reverberate through the business, with the company reporting a 92% fall in pre-tax profits last year.