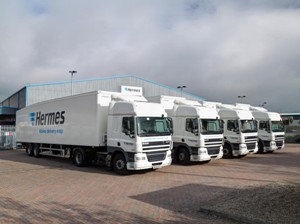 Hermes has revealed that each of its ParcelShops handled an average 60 parcels a week in the run up to Christmas, as more than 60,000 parcels were moved through the network during the festive period. The carrier has also hit its target of opening 1,000 ParcelShops by the end of 2012, just five months after launching the service in June 2012 with 500 locations. A spokesman for the firm said: “The volumes for ParcelShop are running ahead of expectations and […]

Clothes retailer Gap said it could close down its Rugby distribution centre following a strategic review of its warehouse and distribution model.

Up to 130 jobs may be affected at TNT Fashion Group UK as a result of plans to integrate elements of its dedicated supply chain operations within the wider TNT Express network.