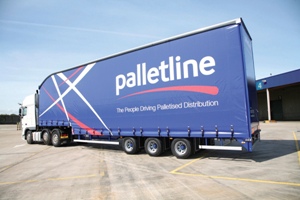 Palletline has defended itself after residents complained that vibrations from trucks accessing its London hub in Perivale were causing property damage. A local residents group, led by Vinny K-Maddage, has put Ealing Council and Transport for London under pressure to act. However, Palletline said that despite having operated from Perivale for the past five years, it was only made aware that residents had concerns this August. “As a preliminary action, Palletline implemented an alternative preferred route; instructing drivers to go […]

Transport for London (TfL) has confirmed the Mayor is contemplating the creation of a new ring road beneath the capital in order to tackle congestion.

The head of UK Pallets has left the business after more than seven years in his role, Motortransport.co.uk has learnt.

Pall-Ex Group has agreed a management buyout that will see founder, owner and chairwoman Hilary Devey step away from the day-to-day running of the business.