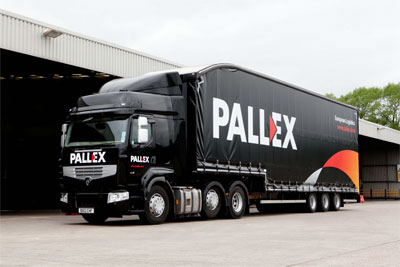 Pall-Ex’s ambitious European expansion plan remains on track, despite the economic volatility gripping the Continent, deputy MD Cris Stephenson has said. Pall-Ex has set itself the target of having a 15 country-strong network of European franchisees by 2015. Stephenson confirmed its European expansion was “on track, and unchanged”. He said pallet networks’ inherent efficiencies and co-operative approach meant that, despite Europe’s troubles, they “play into that quite usefully. In times of economic trouble they are [often] a better option.” Pall-Ex […]

C Butt left Pall-Ex more than a year ago – just six months after joining – because its first foray into a pallet network failed to live up to its expectations, Motortransport.co.uk has learnt.

Knights of Old has entered into partnership with German operator Transland Spedition, which will allow it to offer daily departures to all European capitals.

Canute Group’s former pallet network is seeking to have the business wound up next month if it refuses to settle a bill of £47,489.35.