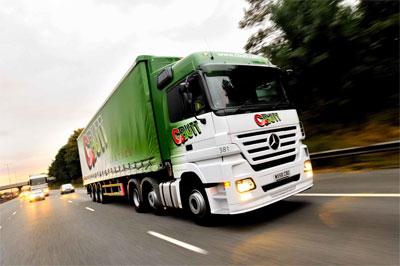 Pall-Ex has confirmed C Butt will be taking on the postcode currently run by Mainland, following the latter’s merger with Knights of Old. Kettering-based Knights of Old is a member of the Palletforce network, while Northampton’s Mainland runs in the Pall-Ex network. The businesses merged last year. From the 1 June Mainland officially became part of Knights of Old, with its brand and livery now retired in favour of the blue and yellow of Knights. Cris Stephenson, deputy MD at […]

Palletline defends itself after residents complain

Palletline has defended itself after residents complained that vibrations from trucks accessing its London hub in Perivale were causing property damage. A local residents group, led by Vinny K-Maddage, has put Ealing Council and Transport for London under pressure to act. However, Palletline said that despite having operated from Perivale for the past five years, it was only made aware that residents had concerns this August. “As a preliminary action, Palletline implemented an alternative preferred route; instructing drivers to go […]

Miniclipper Logistics is celebrating half a century of trading with a £5.5m investment in a new four acre site, as well as truck and trailer acquisitions.